Many of you will have read the story/poem or seen the film ‘Welcome to Holland’ and that was exactly how I felt when I gave birth to my son, Joshua, and was told he had Down’s syndrome. I had planned everything down to the smallest detail as this was my second child… except for what to do or how to feel if things did not turn out as expected. No one gave me a job description.

Once I had dealt with the shock, with having to tell family and friends and the number of visits to the doctors and hospitals, etc, I eventually got into a routine – even to the point that I was going to go back to work. However, things changed when Joshua started school and I had to deal with a whole new set of rules for this game. No one gave me a job description.

Eventually I went back to work part-time, which was great as I was around to take both my boys to school and could pick them back up again, and life went on normally (if that is what you call it). At the back of my mind, I believed that things would get easier the older Joshua got: Joshua would become more independent, speak and do exactly what his peers did when they did them.

How wrong could I have been! No one had given me a job description.

Joshua started college full time – but full time was not what I expected and not like school. He attended three days a week, with ‘progress weeks’ off every term. I struggled to maintain a home, be a mum, be a carer and have a career for just over six months before admitting that this situation was not working. I had become ill with the stress of it all. No one had given me a job description.

Reluctantly I gave up working to become a fulltime carer but, with that, I had to give up our home as I could not afford to keep it with no income coming in. This broke me in ways I never thought it would. It still brings tears to my eyes. No one gave me a job description. (I have since returned to part time work).

Joshua no longer attends college but does various things on various days but I feel that I am more of a chauffeur/companion/nurse/interpreter than his mum. Even though Joshua has PAs, the allotted funding does not equate to the needs he has.

I have so many happy memories of Joshua growing up, including him walking at two years old when I was told he would not walk until he was five, and, more recently, him ‘telling me’ he was going Tesco for batteries only to spend £20 getting cheese and sausage rolls. I could go on and on...

Joshua is and always will be my beautiful handsome son who I will continue to love, cherish and adore… even though I never got a job description. But then again, this is no ordinary job. 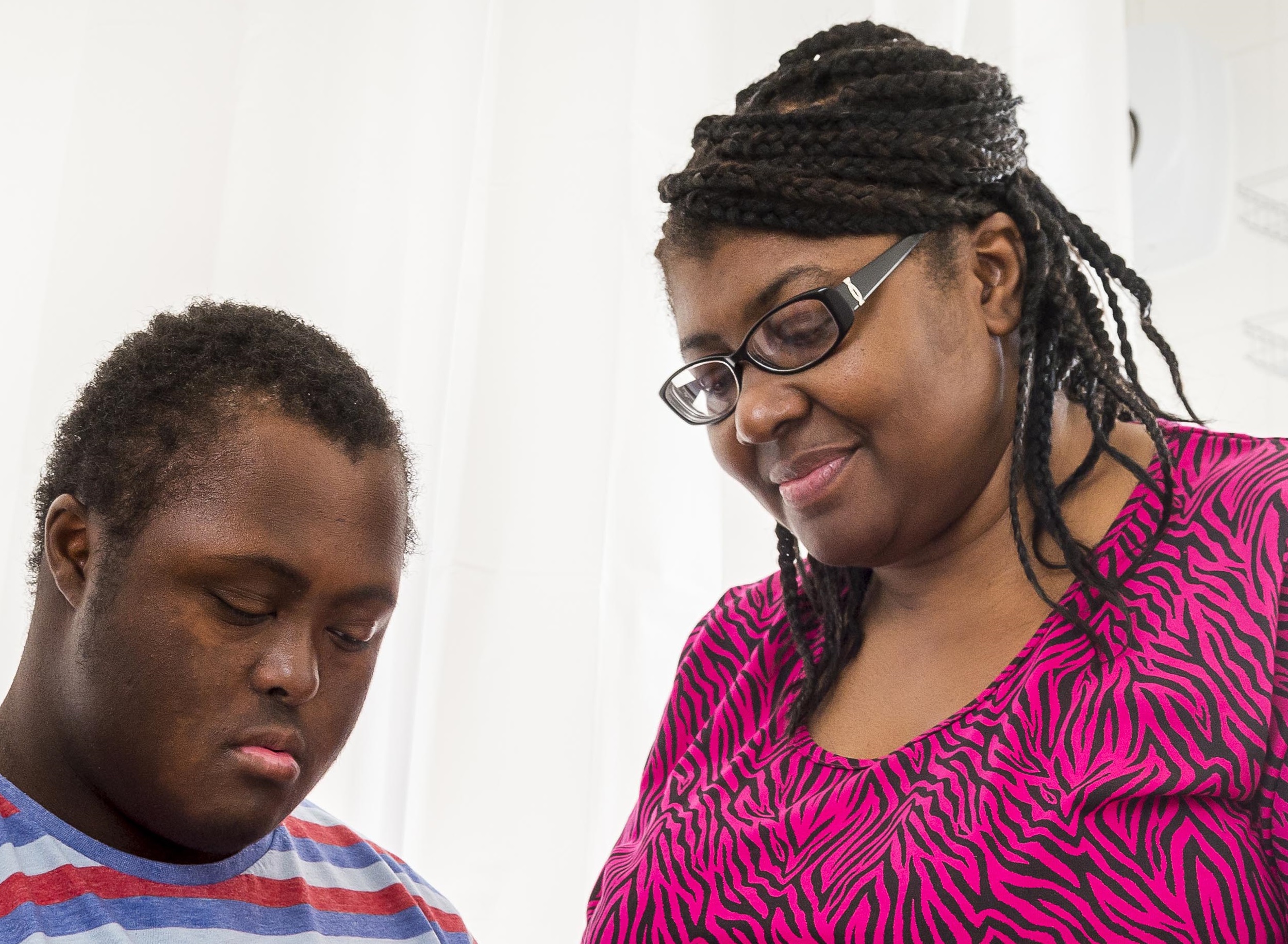 With thanks to Jacqui and Carers UK for sharing this story